When Chimelong Group, the 3rd most visited theme park company in the world, planned to re-open their Safari Park post-pandemic, they wanted to do it in a BIG way. They had a vision for an inflatable balloon parade they wanted to be on par with US theme parks and that would truly captivate visitors’ imaginations.

Being based in China, there is no shortage of suppliers to build inflatable floats. But they simply couldn’t find anyone locally who could produce designs that would meet their creative standards and be on-par with what you would see in the US.

So what do you do when you want to build inflatables that look like they belong in the Magic Kingdom? Working with their advisors Renaissance Entertainment, Chimelong asked who in the USA actually builds inflatables for the most discriminating US clients? Since Renaissance partnered with BTL on projects for Disney in the past, it was a no brainer who to contact.

The secret to any jaw-dropping inflatable comes down to how it is designed and patterned, and this is what sets us apart from the rest. We not only use the latest 3D design and patterning software, but we have a team of talented designers that have decades of experience creating “inflatable magic” for hyper image-conscious clients like Disney, Universal Theme Parks, McDonald’s, Coca-Cola, and many others.

So when you have an inflatable project that requires the highest level of execution, just do what Chimelong did! Call Bigger Than Life 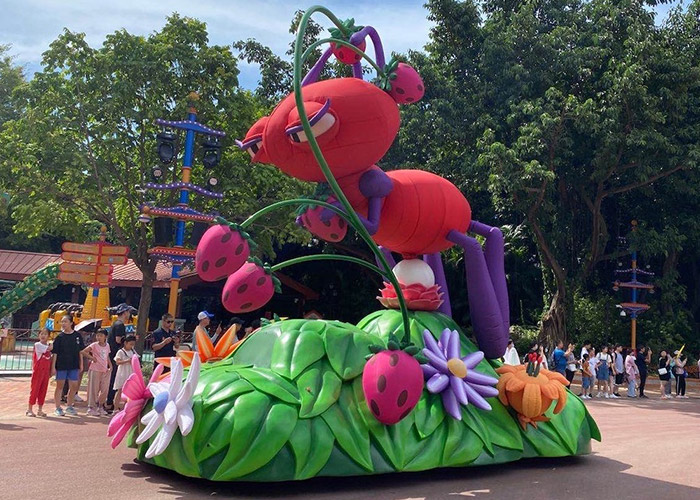